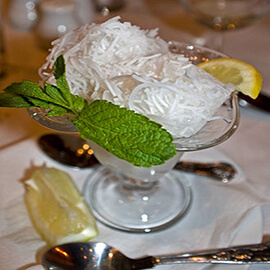 It consists of thin vermicelli-sized noodles made from starch in a semi-frozen syrup containing sugar and rose water.

In Iran, faloodeh is sold in ice cream stores and coffee shops in flavors such as pistachio, saffron, rosewater, and honey, and can be served alongside bastani sonnati, a traditional Persian ice cream.

The Persian word paloodeh is from the verb paloodan (Persian: پالودن‎) which means to refine. Faloodeh is an Arabicized form of paloodeh that appeared after the Arab conquest of Iran, due to a lack of the phoneme /p/ in Standard Arabic.

In the 16th to 18th centuries, the Indo-Persian Mughal kings who ruled the Indian subcontinent created a cold dessert beverage called falooda which is a derivative of faloodeh.

A thin batter of starch (from potatoes, arrowroot, maize, or rice) is cooked, then pressed through a sieve producing delicate strings similar to cellophane noodles, that are then chilled in ice water.Afterward, they are combined with the syrup mixture and rapidly cooled until the syrup is at least half-frozen. 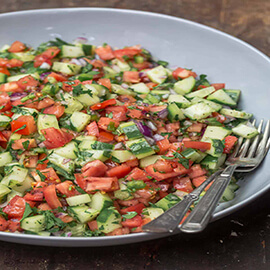 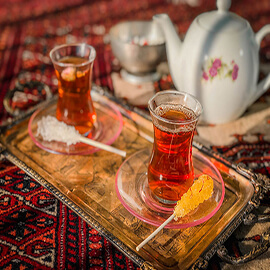 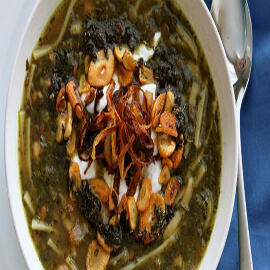